China’s outbound investment wave continued to flow into Sydney as buyers from the mainland and Hong Kong acquired more than $1.23 billion worth of major assets during the last two months of 2014.

Most of the investors were major mainland property developers looking to escape the dwindling returns of a slumping Chinese property market. Companies such as Dalian Wanda, Poly Real Estate and Shimao Property all picked up projects in the Australian port city, hoping that their existing clients on the mainland will be keen to buy Sydney apartments, and local consumers will learn to love these Chinese real estate brands.

While 2014 was a record year for Chinese investment in the Australian property market, with acquisition values more than doubling over 2013, bigger things could be on the way for 2015 in Sydney and other parts of Australia, with several more Chinese developers predicted to acquire Aussies real estate assets in the coming months. 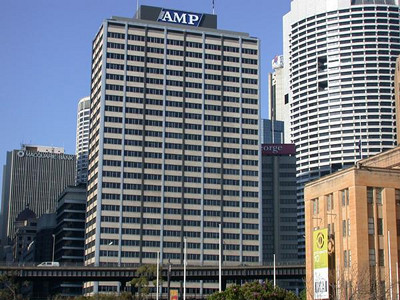 One of the biggest deals of 2014 happened just a few days before Christmas when Dalian Wanda, the property group controlled by Chinese billionaire Wang Jianlin, bought Gold Fields House, at 1 Alfred Street, Circular Quay in Sydney for A$425 million (US$344 million).

The sale was made known on 21 December 2014, just days after Wanda sold out its Hong Kong IPO for $3.7 billion. Wanda’s acquisition was only the second biggest Chinese property deal of the quarter in Sydney, however, after state-owned Sunshine Insurance bought the Sheraton on the Park hotel for $375 million on November 21st.

Dalian Wanda has confirmed that the acquisition is part of a plan to build a $1 billion mixed-use complex in the Australian city. Together with the adjacent Fairfax House which it has also acquired, Wanda said it plans to merge the two sites to create an 85,000 square metre (914,935 square foot) development that will include a five-star hotel, apartments, and commercial space. 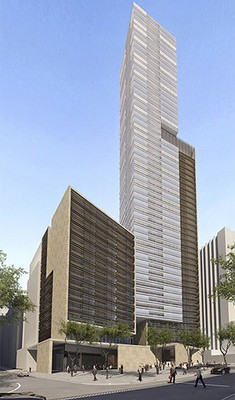 Artist rendition of No.1 Sydney

Plans have already been drawn up to transform the site into a mixed-use project.

The JV also paid $A73 million ($57.8 million) to a pair of Chinese-owned property firms, AXF and Ever Bright, to buy the adjacent Fairfax house. Wanda said in its statement that it plans to merge the two sites to create a new 3602 square metre (38,771 square foot) property where it will create a new complex to be known as No.1 Sydney.

Planning approvals have already been secured to convert Gold Fields House into a residential development, which would enjoy views of Sydney’s Harbour Bridge and the Opera House. While the office tower is 90 percent occupied, all current leases have an escape clause for the landlord that becomes exercisable in 2017.

In a statement Wanda said that it expected to begin redevelopment of the property in 2017.

The surge of Sydney deals in the last two months was part of a record 2014 for Chinese investment in the Australian market in general, with acquisitions from Chinese buyers doubling compared to the previous year.