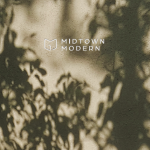 Guoco Midtown Modern offers 558 units of 1 to 4 bedroom units spread over 124,071 sqft of prime land bordered by Beach Road, Tan Quee Lan Street and Rochor Road. It is a mixed development situated right above the Bugis Downtown line station, an MRT interchange with the main East-West Green Line. Midtown Modern’s location almost guarantee’s a constant supply of tenants from the surrounding offices such as Suntec City, The Gateway, Duo and Parkview Square.

Midtown Modern is currently in the preview phase and you can secure an appointment for the showflat preview right here.

There are no reviews yet.

Be the first to review “Midtown Modern” Click here to cancel reply.